We need two separate logos, a "Free Content" logo and a "Free Expression" logo, that can be attached to works covered by licenses which meet the conditions defined in the Free Content and Expression Definition. Each of these logos should consist of:

Logos must have a vector graphics source (SVG preferred), but must be uploaded in a bitmap format (transparent PNG preferred). A good, free software vector graphics application which can handle SVG and PNG exports is inkscape. The dimensions are up to you as long as the images scale well. In order for your logo to be used, the logo itself must be free content with a reduced attribution requirement, but we can work this out with you once we have picked your logo.

To participate, create an account and upload your logos. A deadline will be announced once we have a better feel for how many submissions to expect. The moderators act as a jury.

Why participate? Your logo may end up being used on millions of works large and small, giving you exposition and recognition. You will be fully acknowledged on this website as the artist. We may also announce prizes during the course of the contest.

Some advice and ideas:

If you are confused by the wiki process, feel free to e-mail Erik at moeller AT scireview DOT de, and he will take care of things.

"Swirly" by Erik Möller, color & b&w, available as SVG. I'm using the text "free culture" for now as a placeholder until we've decided on a final name for the definition. This probably has similarities to lots of existing logos due to its simplicity, but I feel that freedom is best defined visually through simple forms and shapes. The blue and green represent Sky and Earth, respectively, to indicate that this is a global movement; the open shapes are somewhat informed by the copyright "C", which is, in a way, subverted to express fluidity and constant change. The soft pink subtitle is meant to complete the three primary colors, red, green and blue, from which all other colors can be additively created. The shapes are also meant to be somewhat reminiscent of a bass clef.--Erik Möller 18:15, 4 May 2006 (CEST)

"Yin Yang" by Bernhard Schillo. The shape of the logo is one half of the yin and yang symbol. I believe, this is a good basis for this logo, cause it symbolizes contradictions, which generate reality. In this case the "C" (for Culture) coexists with the "uncultured" nature. Or another possible connotation: free culture and not free culture. Human culture of property can't exist without the "seed" of free culture contained in itself and without a strong free culture on the opposition. The forces have to work together. The Logo also reminds to the Copyright-Logo. But the circle around the "C" is not a circle. The shape indicates, that something is given back.

The logo should be elaborated if used. These are just my first ideas and drafts. I will think about it again when the discussion about the name is finished. And i hope, my english is understandable :) 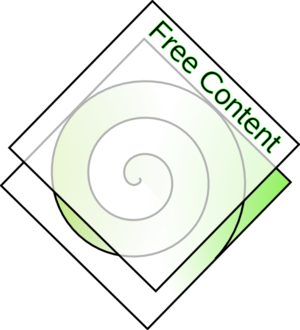 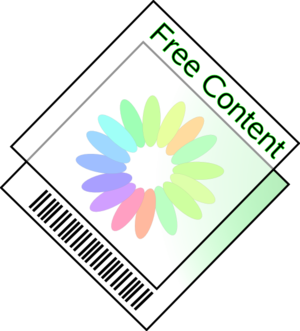 Sound, image and language: 3 elements of art
Retrieved from "https://freedomdefined.org/index.php?title=Logo_contest&oldid=1896"